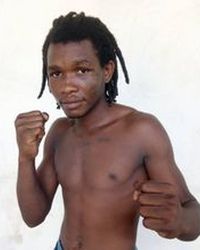 Abdallah Zamba is a professional boxer from Tanzania. Born 03 Feb 1993.

Zamba is in the super bantamweight division, he fights in the orthodox stance.

Abdallah Zamba is having held currently no titles.